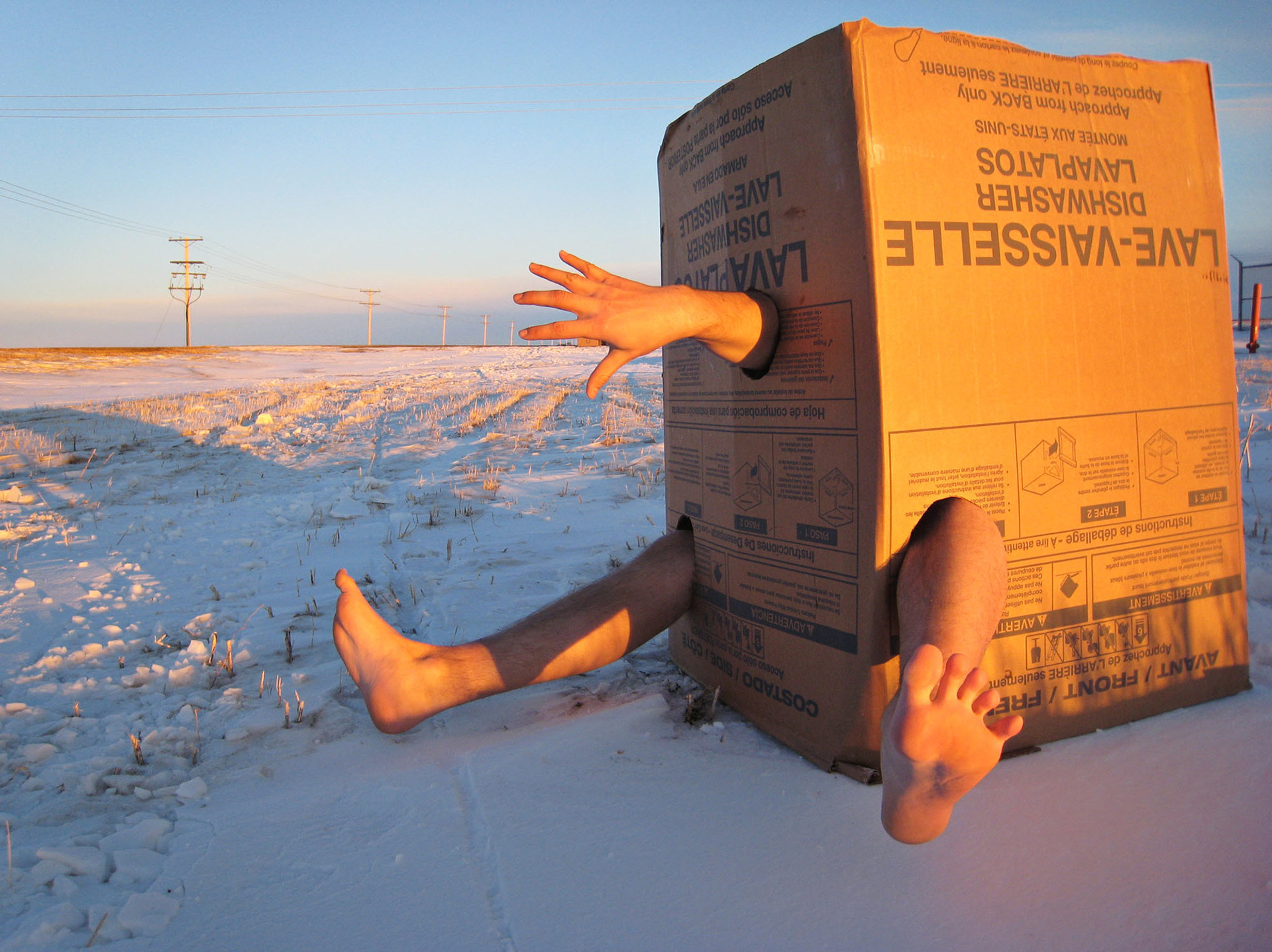 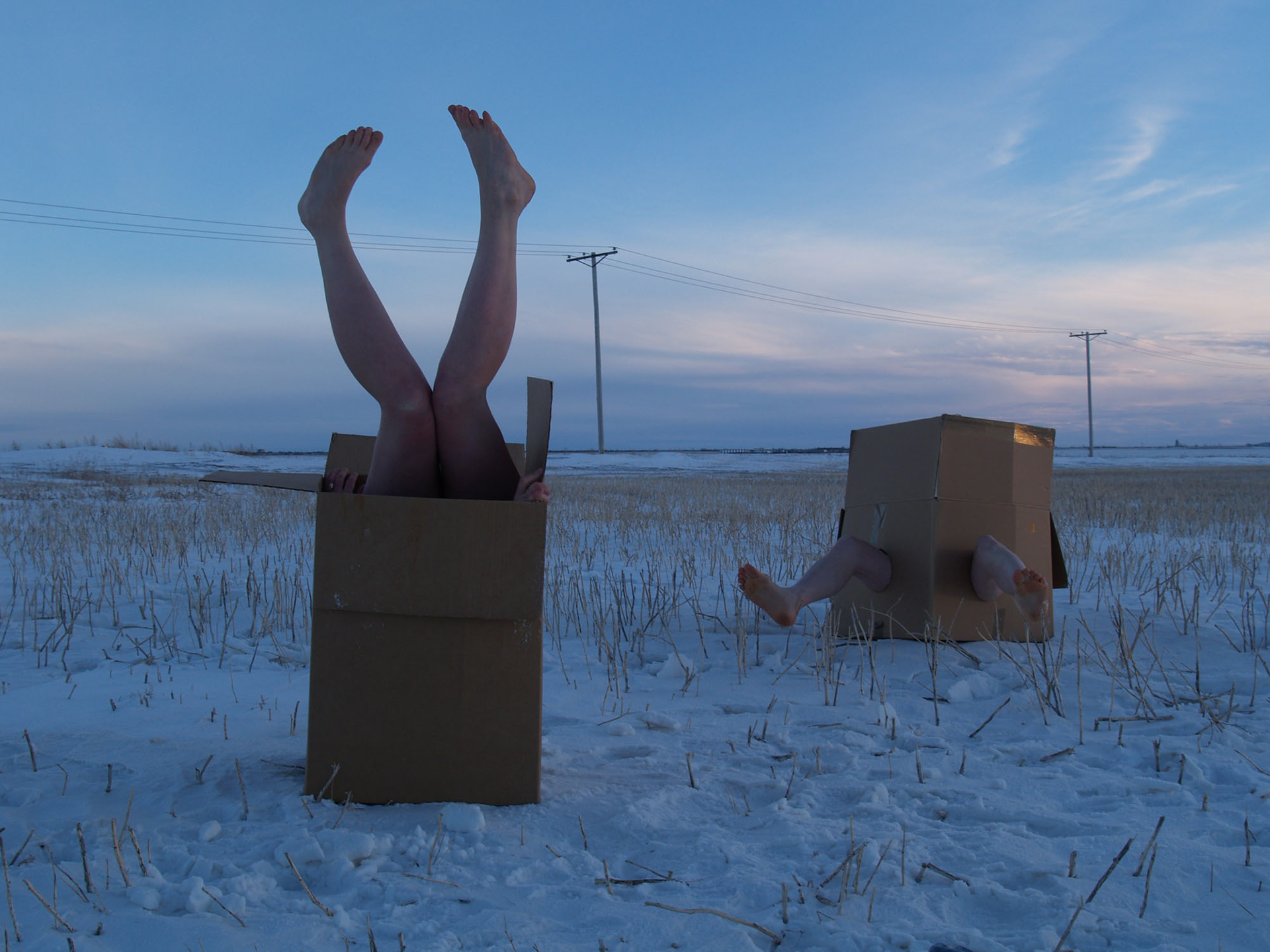 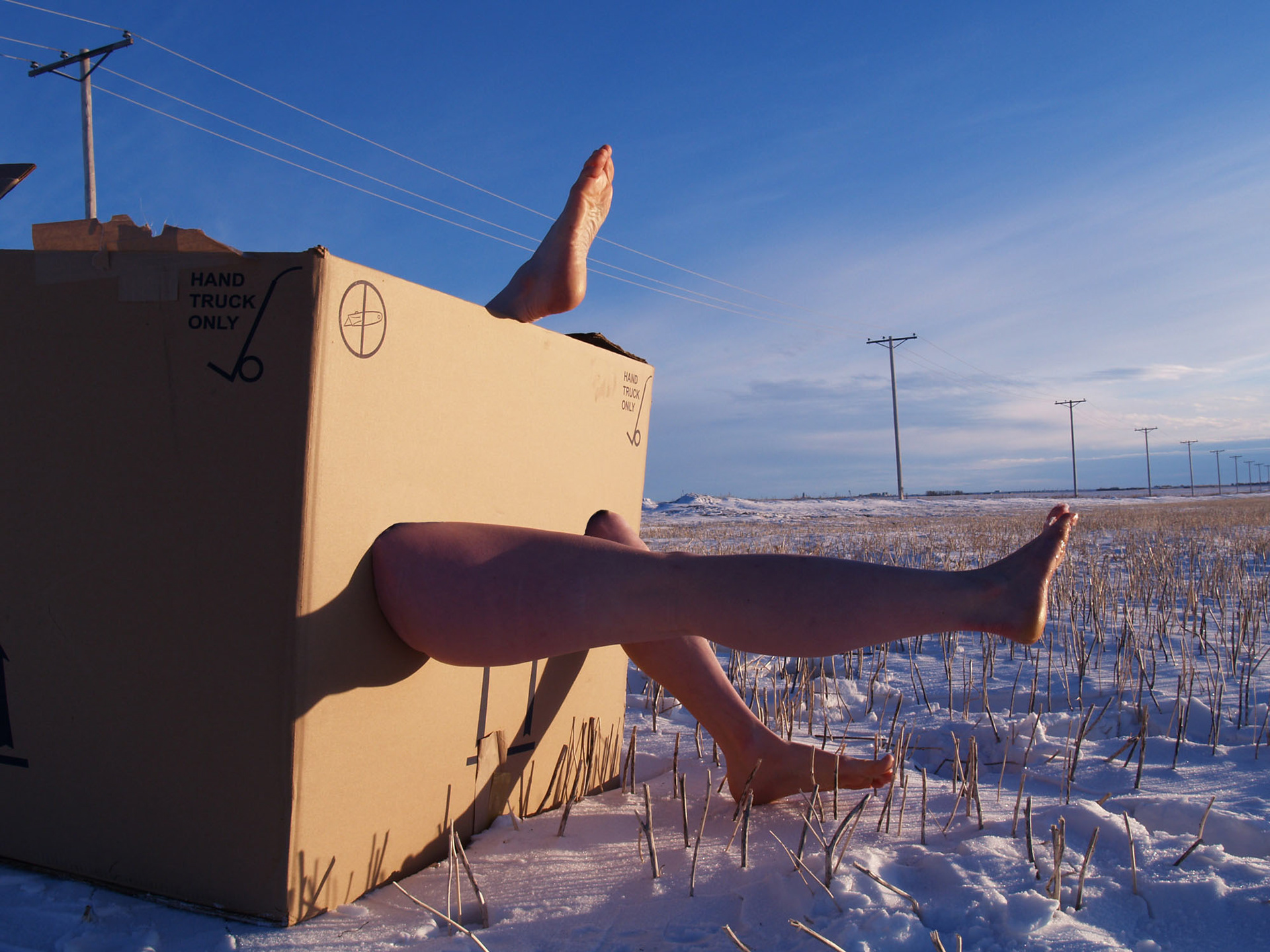 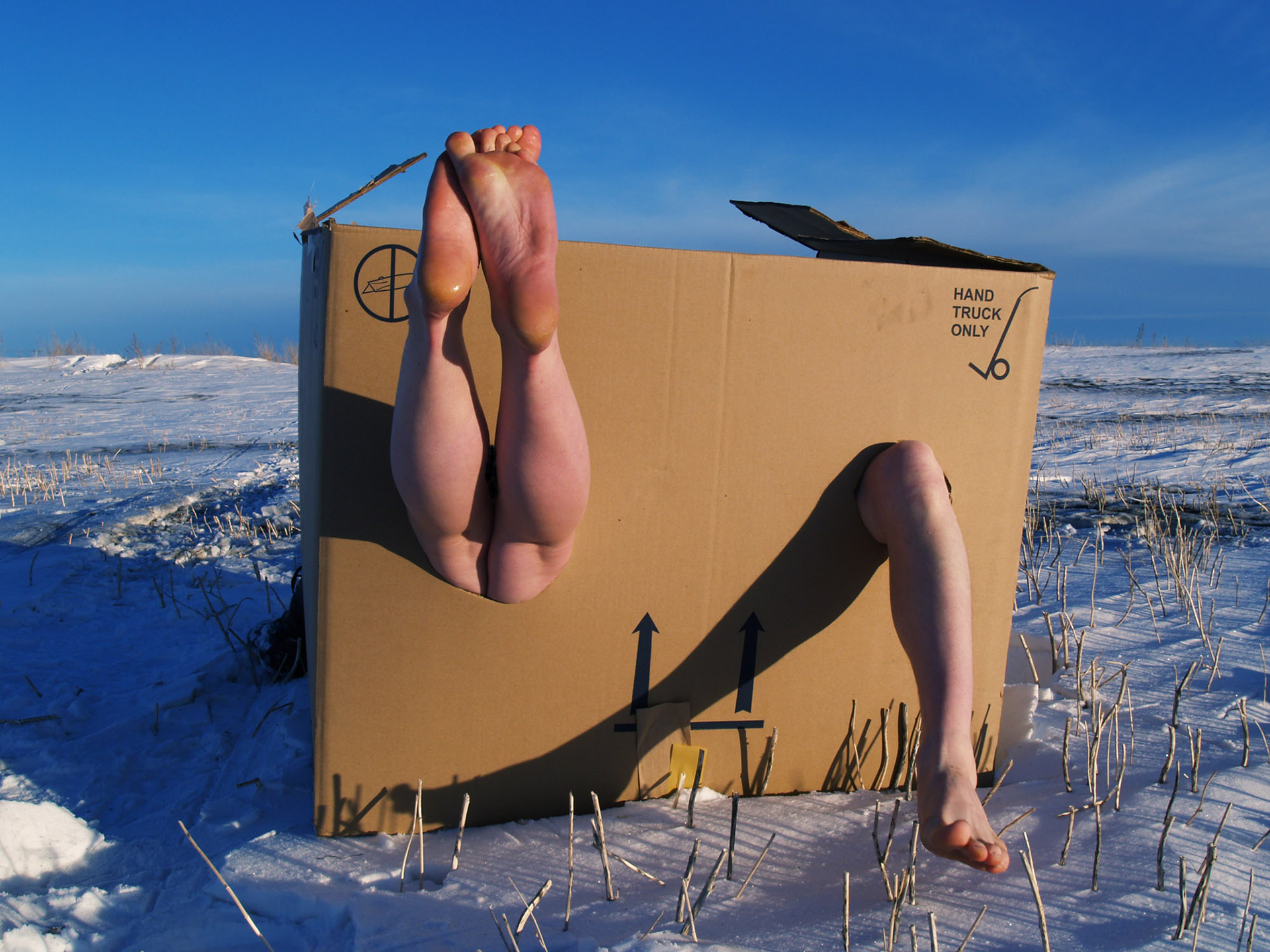 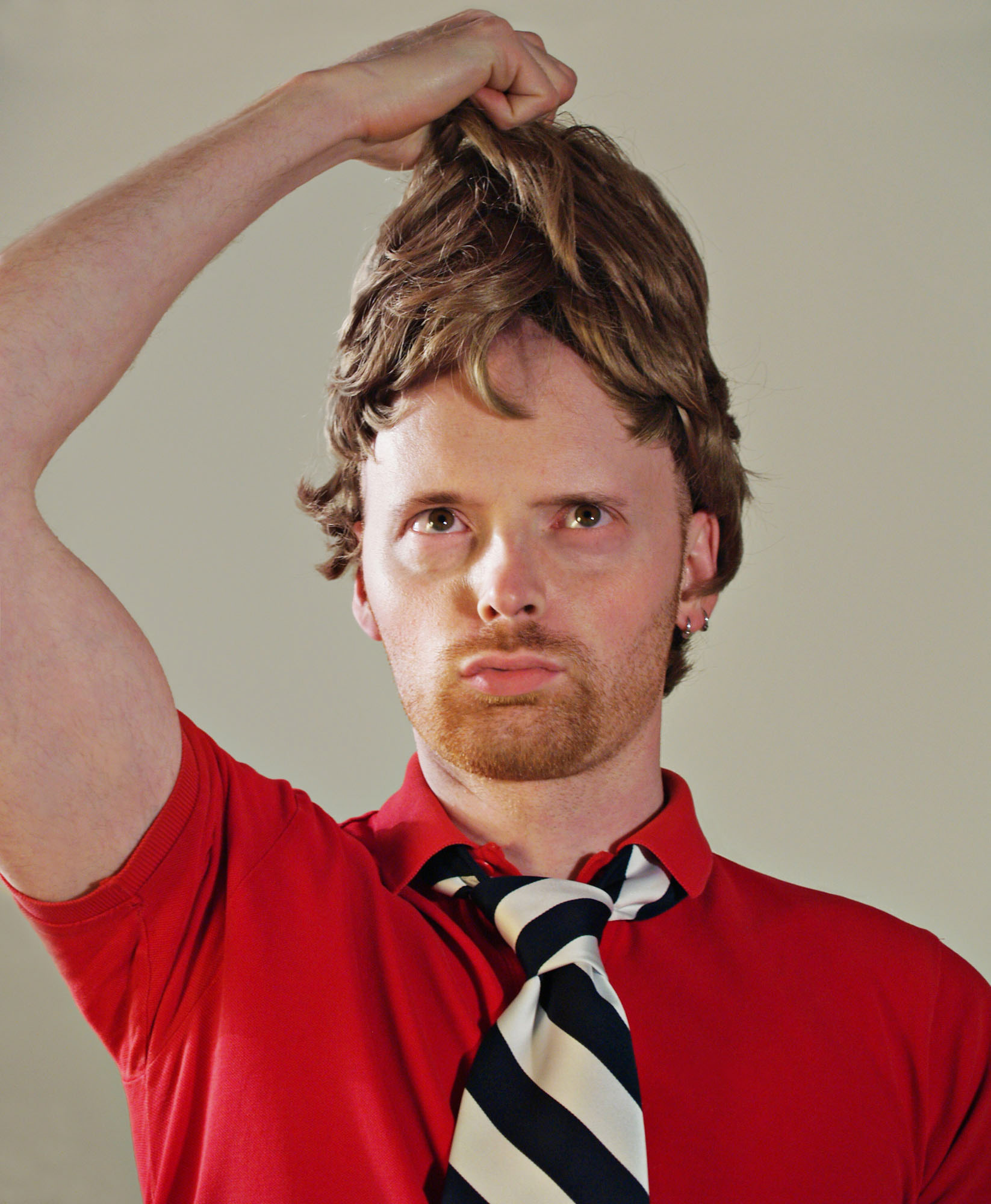 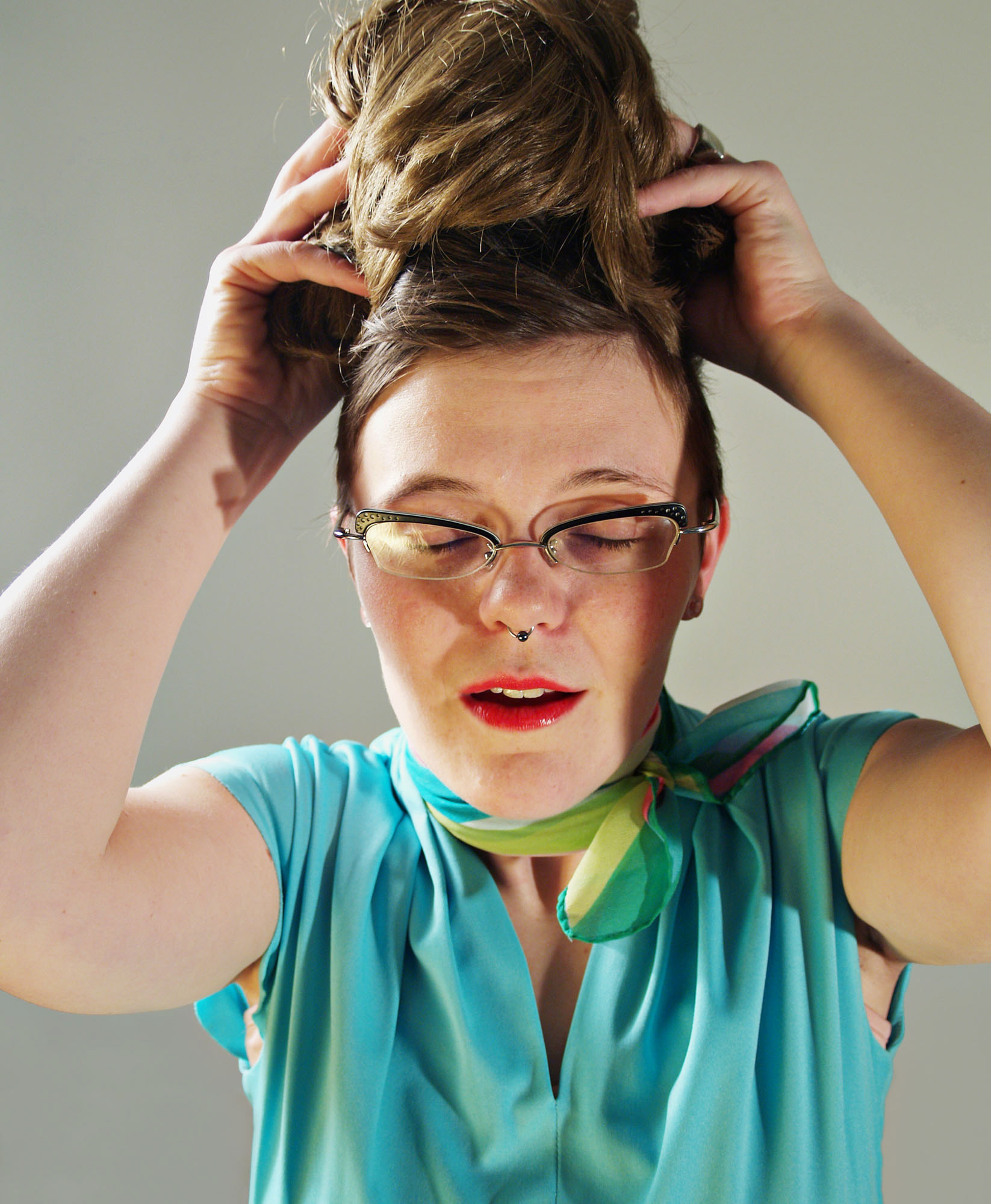 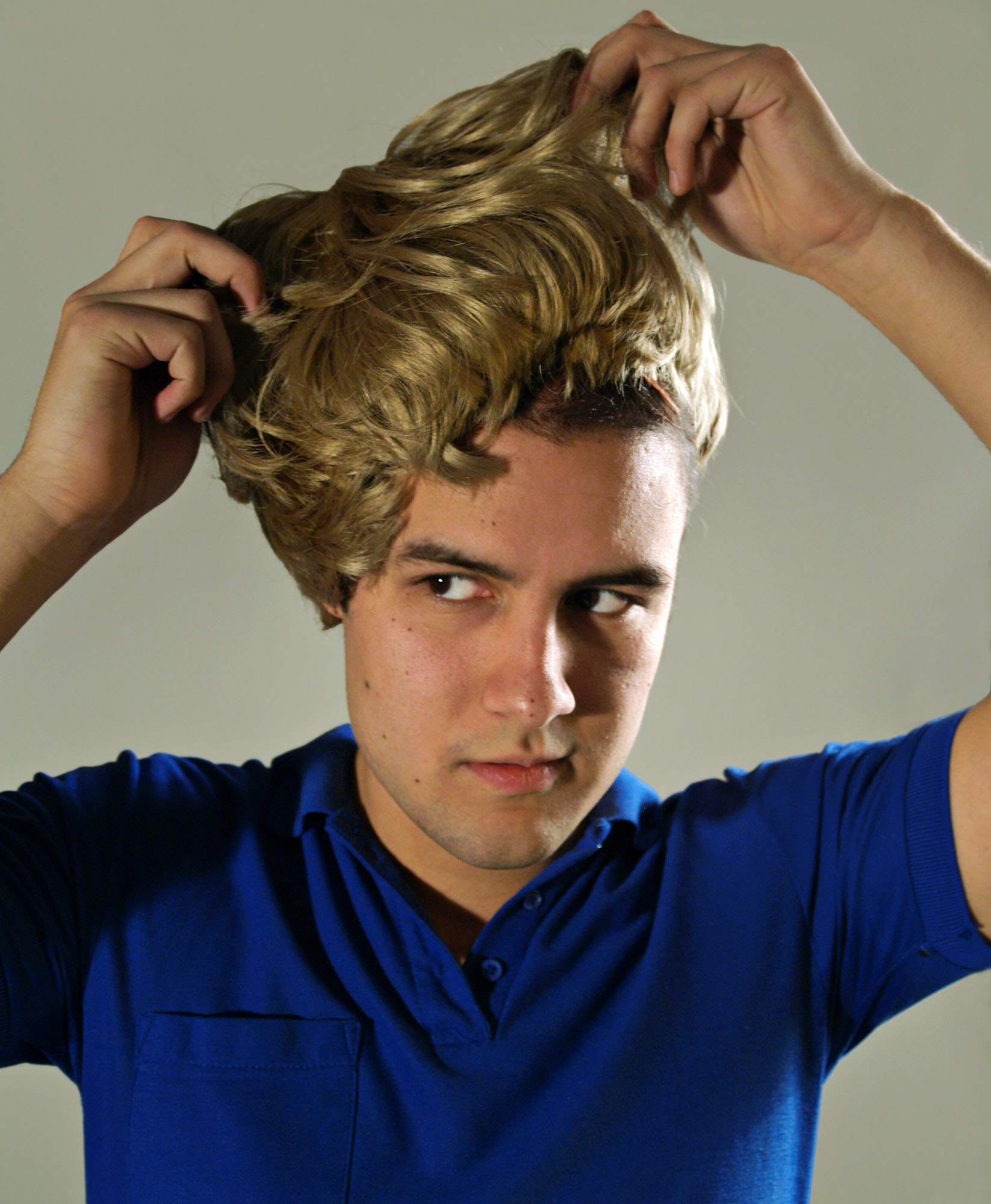 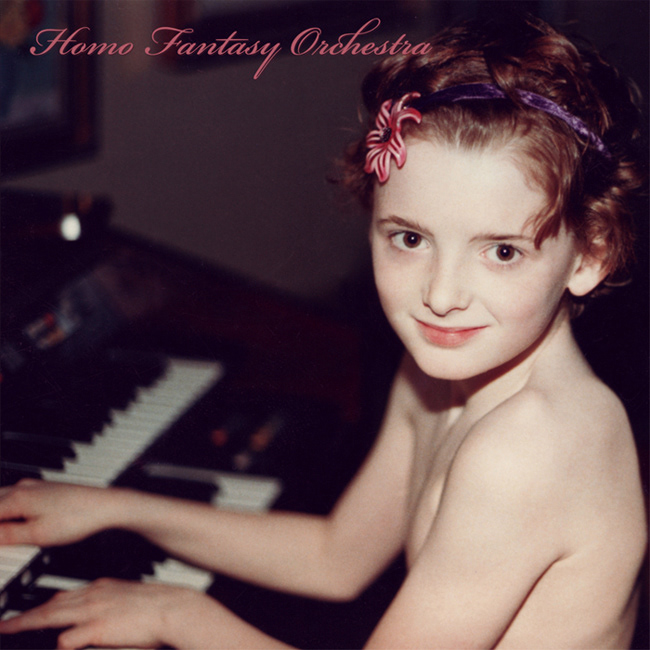 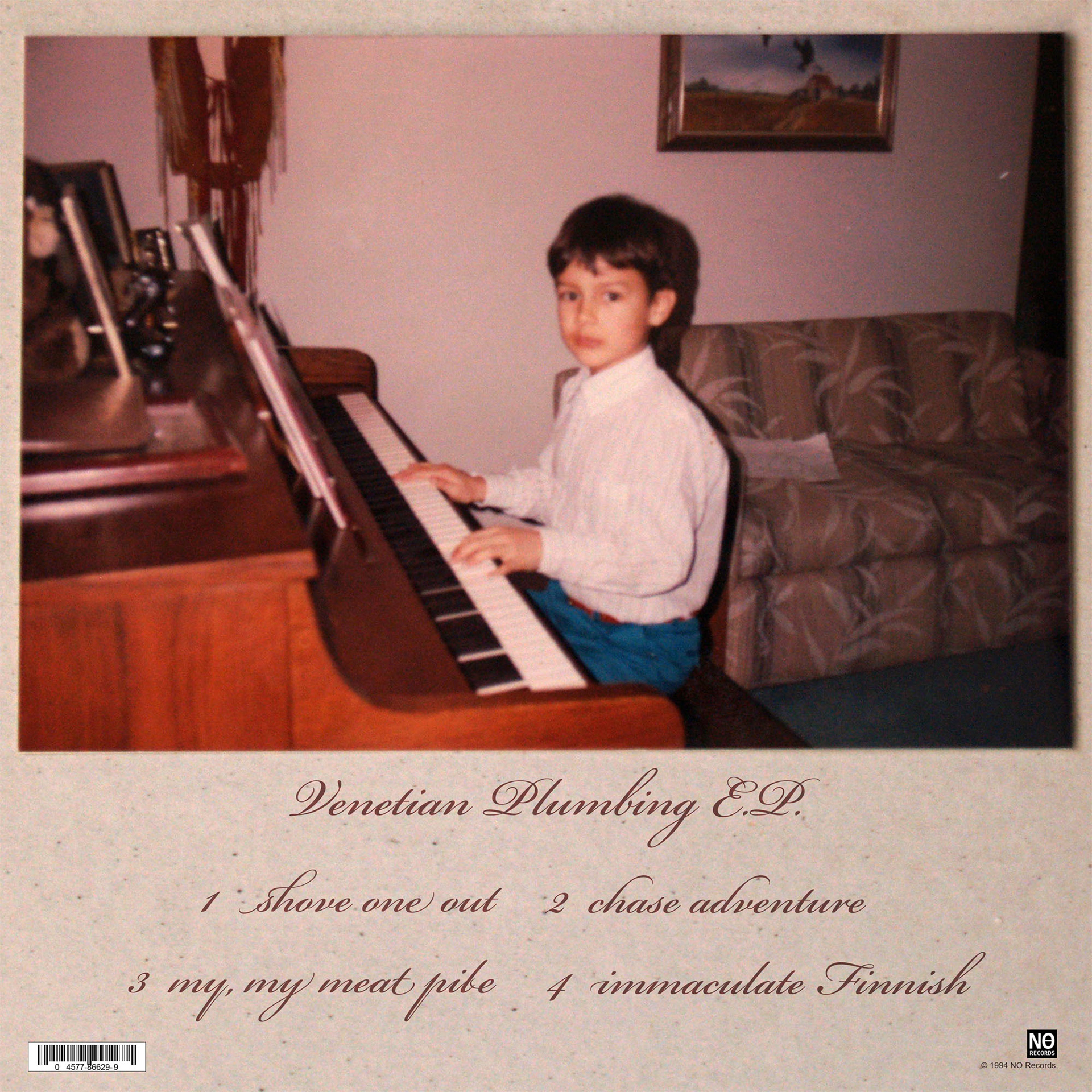 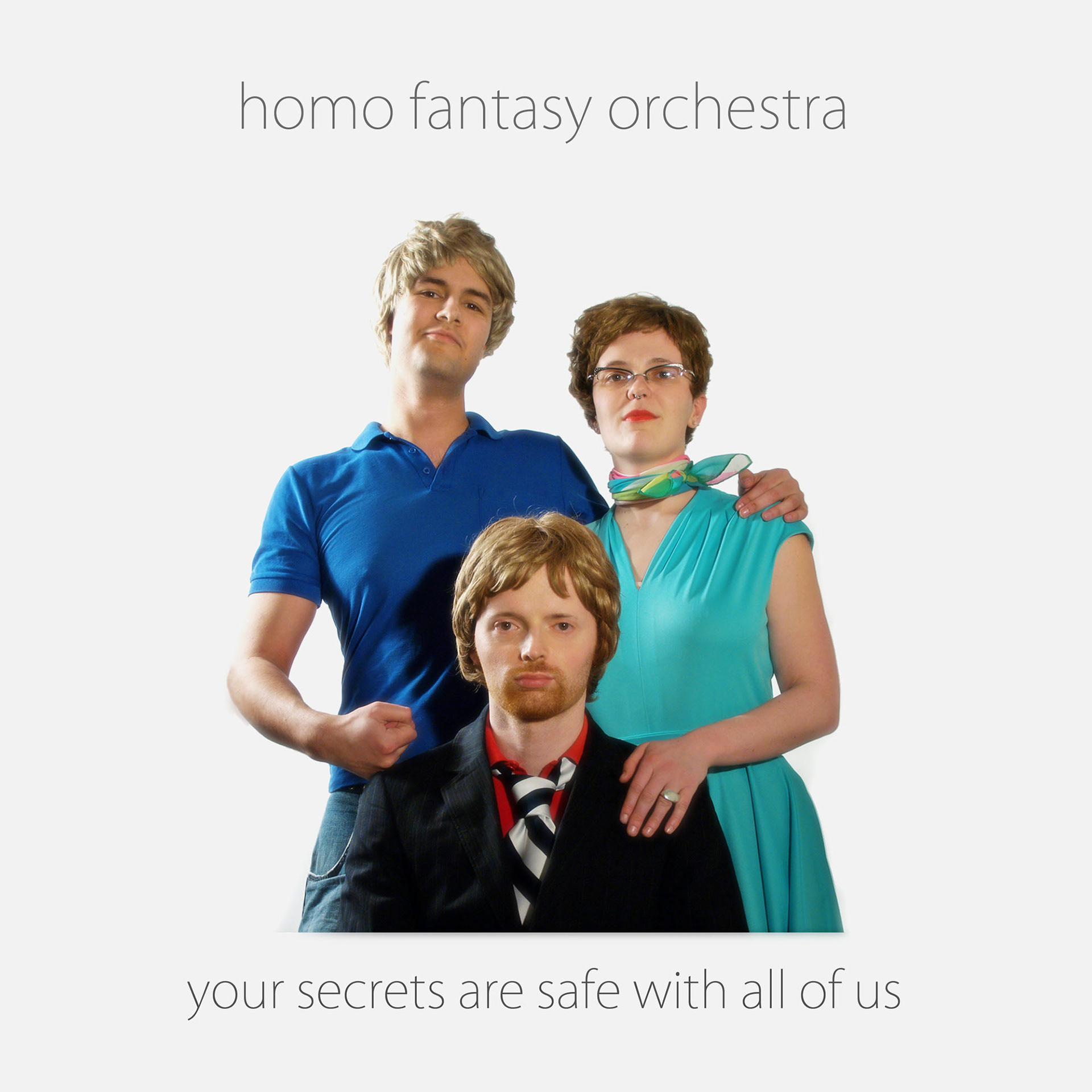 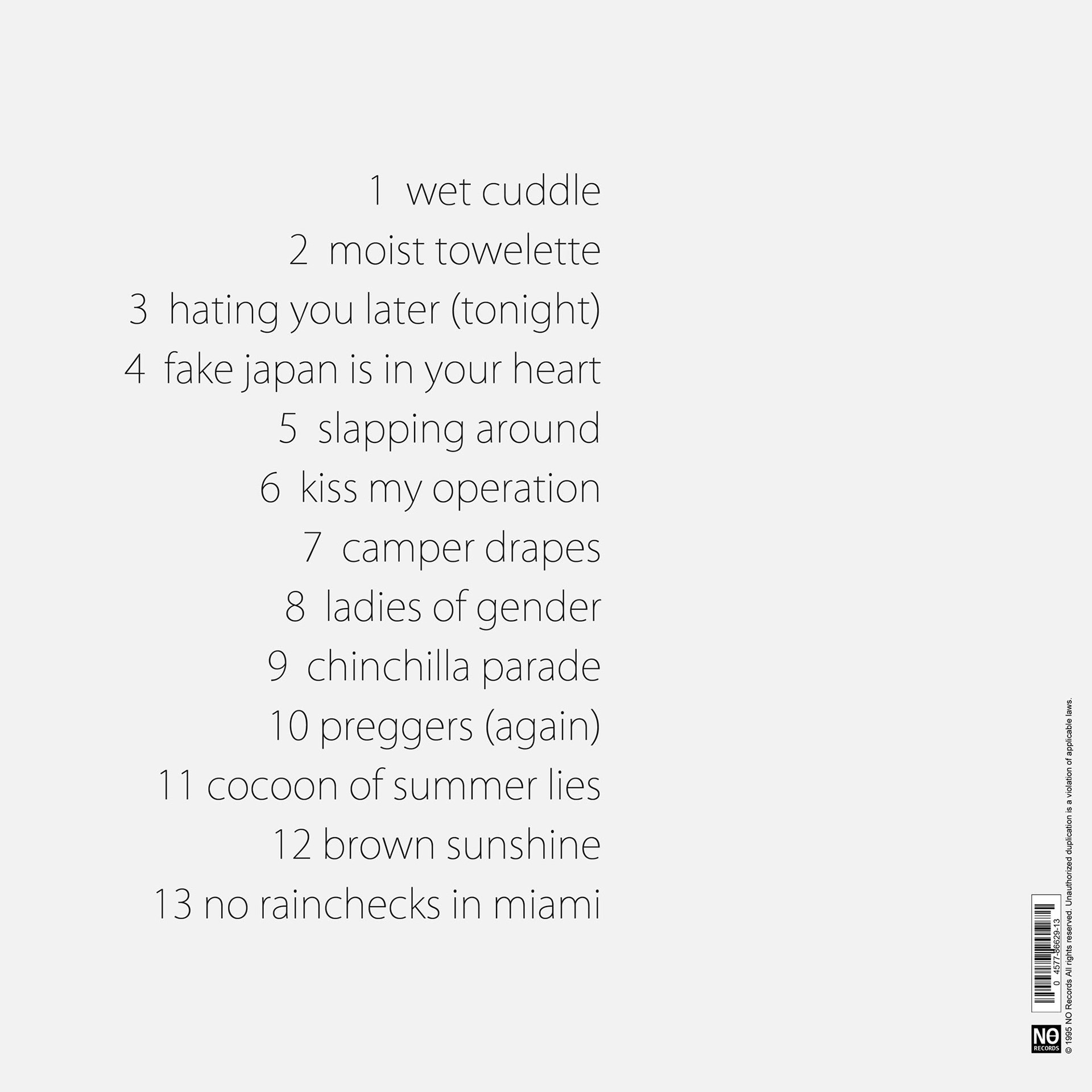 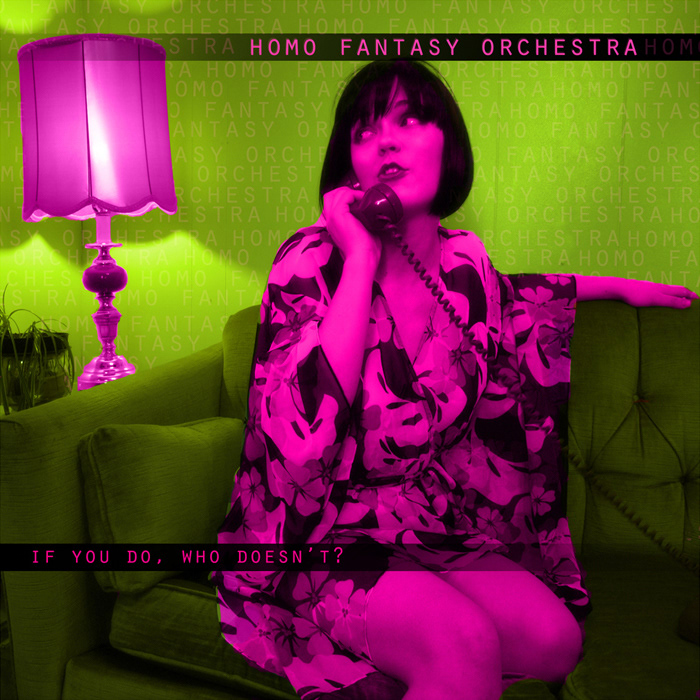 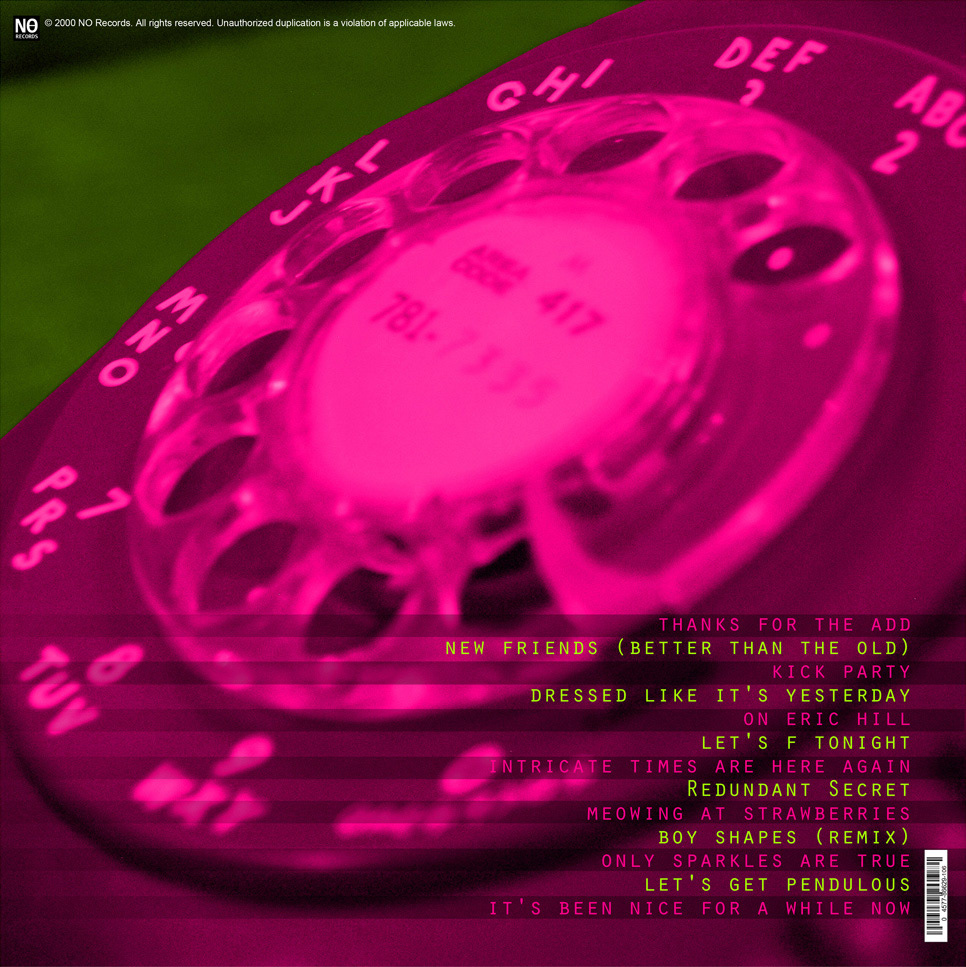 It is not easy to characterize the work of Turner Prize*. Like their early performances as the Homo Fantasy Orchestra (richly mellifluous and symphonic one moment, raw and discordant the next) their early performative photography is complex, multifaceted, and richly symbolic; qualities which are nearly—but never quite fully—undercut by the work's playfully irreverent and spontaneous nature. The resulting images are immediately appealing, though determining what exactly makes the works so appealing is a somewhat difficult task.
Deconstructing these images requires the viewer to navigate a number of relationships. Firstly, one must consider the temporality of the performance and the relationships marked between the performer, the camera, and, of course, the audience, whose experience of the work is mediated only through the photograph. Wigs On/Off, for example, frames a very brief moment in time, specifically the instance in which the performer's wig is neither on nor off - a fleeting moment where subjectivity is suspended, and where the real and the constructed persona is in flux. The "performance" consists of nothing more than removing the wig - an ephemeral moment of transformation which is then captured, framed, and concretized by the camera. The resulting photograph is a paradox – it both is and is not a portrait.
Other series capture moments unfolding in time, thus constructing loose narratives (albeit ones which pose more questions than they dare to answer.) The viewered is allowed only a "sense" of the happening, since the artists' motive or intent always remains unclear. The works exist without origin or destination, unfolding in a liminal, or dream-like state. It is therefore not surprising to learn that one of the collective's earliest works, In Boxes was a reconstruction of a dream, wherein the goal was not to recreate the dream image in a Surrealist manner, but rather to use subconscious imagery as the basis for a documented performance. The dream image was manifest collectively, and with an extreme, even comical, economy of means. The resulting images retain their dream-like qualities without making any claims to the realm of the transcendent. This opens up the possibility for documented performative acts to be revealed as the retelling of a dream, empowering the viewer's subjectivity in their interpretation of signs from the real and everyday.
This preoccupation with the subjective interpretation of the real permeates most of the Turner Prize*s early work, and this is particularly evident in the way the artists manipulate performative objects. One sees a tendency towards the fetishization of everyday rituals and objects, such as in CakeFace/ FaceCream and Conditioner in Trajectory. In these performances, narratives are constructed around adult routines, but approached with an almost adolescent conception of sexual titillation. Objects and places in these works are both intimately linked with, and ontologically divorced from, the body.
This tension is made clear in Turner Prize*s most notorious piece, Shame Tents, which can arguably be considered the thematic culmination of the collective's early period. In this series, the artists examine the body as a site of anxiety and contradiction, as they remove their clothes and hide their naked bodies behind towels for the camera. Attempting to conceal such an act in public space only brings attention to their states of vulnerability. It is not simply body shame that the artists simultaneously reveal and conceal in these images, but a larger collective shame: the locations for these photographs are industrial wastelands, seedy back alleys, and dumping grounds. In other words, the private parts of the civic body, sites of elimination and discharge.
In the process of viewing the series of diverse projects in this exhibition, a number of coherent themes become evident: the use of photography to capture an ephermal performance, the fractured narrative, and the relationship between perversion and banality. In these early works, one can see the beginnings of the rich and varied exploratory processes that have brought Turner Prize* to where they are today.
↑Back to Top